A discussion on diversity, equality & more 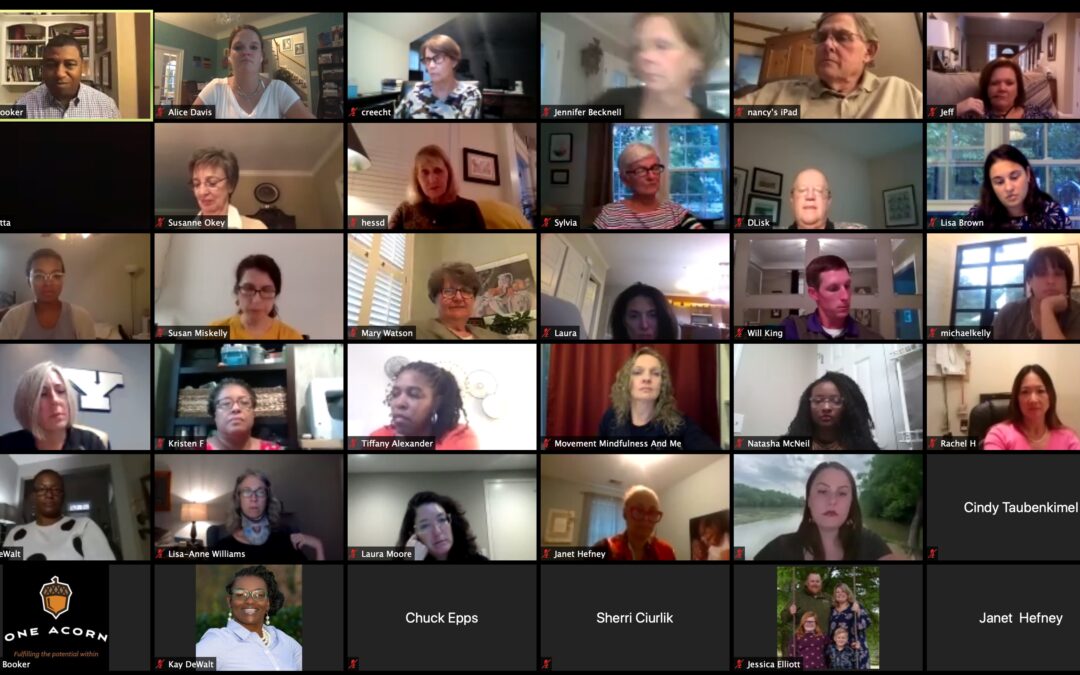 Diversity, equity, equality and economic mobility were issues explored during a recent virtual leadership retreat for the executive committee, board members and staff of the Early Learning Partnership of York County.

Facilitators Russell and Sheryl Booker, both longtime educational and community advocates and founders of the One Acorn organizational leadership agency, led a discussion on Zoom over two days. They urged participants to explore their own implicit bias and to challenge their own beliefs. He asked the group to “be willing to leave your bubble.”

“We have so much more in common than we have apart,” said Russell Booker, a former schools superintendent in South Carolina’s York One and Spartanburg County school districts. “As humans, we want the same things for our children.”

Booker also helped the group realize that everyone doesn’t start on equal footing. He said the type of “capital” enjoyed by a person’s parents and other family members plays an important role in economic mobility.

Each member shared his or her “economic mobility story” to understand how factors such as family business ownership, life insurance, education and others played a role in each person’s life.

Group members were asked to share what they value about ELP and how it can have an impact on children’s lives. The members cited values that include ELP’s ability to change outcomes, sharing the ability to learn and grow, developing bonds between groups and families, building a foundation and reaching out into the community.

The group also examined statistical data to underscore the challenges. About 28 percent of babies born in York County in 2018 had mothers who did not receive adequate prenatal care, though that number is down from 39 percent in 2014, according to the Children’s Trust of South Carolina. And 13 percent of York County children were living in poverty in 2018, down from 19 percent in 2014, the agency reported.

While the reduction of these numbers seems promising, ELP board members and staff also recognized that the COVID-19 pandemic is presenting a learning challenge for families.

In a follow up, Booker said the retreat made clear “that the board as a whole has a heightened awareness, and a desire to advance the work of the Early Learning Partnership with a lens toward equality and inclusion.”

He summed up some of the commitments that emerged. They include:

Many of the efforts to address the issues that were identified in the retreat are already well underway in the work of ELP, and they align with the organization’s 2021-23 strategic plan, Booker noted. “Today, more than ever, organizations are affirming their commitment to diversity, equality and inclusion,” he said.